Participating to my first hackathon 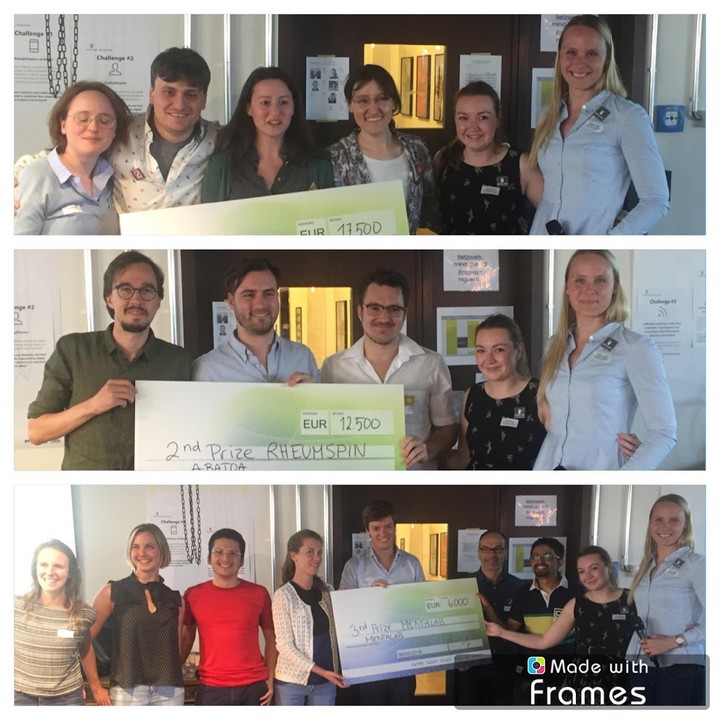 I’m currently looking for my next life project and to figure it out I trying a lot of stuff. To that goal I’m getting involved in as many things as possible. Last week, I went to the Innolabs healthcare hackathon in Berlin. It was quite an awesome event and I learned a lot from it. I never really worked on the health sector before, thus it was a nice introductory experience.

The new world view I confronted myself with was: a capitalistic focus on every matter. Every argument stars with: “This is a huge market…" or “We are currently spending this much and we need a way to save on this…". Although, this might not be specific to the health sector, but more to the world out of academia where we just complain: “there is no funding for research”. Truth be told again, nothing works without funding. Or more explicit, nothing works without energy, but energy is not for free and funding just makes it easier to get it.

The event was really fun. The organizers gave us a nice venue as workplace and took care of the food. It is so good to be able to start your day not thinking about breakfast and other meals. Given were a set of challenges to focus on, nothing to specific since the aim was get you involved with any area where help is needed. Afterwards, you can think a long while about which your next step should be, your little next contribution that will make a change in that area.

I met the cofounder of Mentalab at the hackathon. His project, as of today, is in an early stage and his focus in the hackathon was to figure out use cases for his device. He built the thing, but what is it good for? His product lets you measure your brain activity, which scientist can only do in labs. His goal is to allow you to do it too and at you home. What he needs now is a user friendly way to show you what all those measurements mean. You need them already processed in some way to understand what is going on in your head.

By the end of the first day, and with the help of a lot of people that joined the team, we came to decide that a great application of Mentalab’s product would be using it for a measured mental training, and specifically for elderly people. They are the target group since in those late years they might not get enough mental stimulation and they are prone to suffer from Alzheimer’s disease. Nowadays, we are in a terrible position because there is no cure for it and taking care of people suffering from it costs a lot of money. Therefore, we could be probably saving money and people’s lives with some preventive medicine. The medical doctors in our team said the alternative treatment of music and meditation does seem to give a positive effect on patients khalsa2015,innes2017,russell-williams2018.

Now we had a product to build in half a day. Impossible of course, there is no over night success even less half a day success. Nevertheless the point was to get the idea started and see how many people would buy into it. Then we got our hands dirty, no more discussions. Build a presentation, but a prototype online, iterate until time runs out. What we build? The concept idea of a phone app that connects to Mentalab’s brain activity measuring device and gives you feedback on your meditation. Why? Because your brain is a muscle, but it is inside of you, so you can’t see it sweat, nor grow, nor get stronger. You need the feedback.

After the presentations where over we got the 3rd price, and we where very happy. This is of course only an incentive to keep working on this project, and for Mentalab to focus more on this use case for their product.

I’ll leave you with the original notification of the winners, originally displayed in Linkedin.

comments powered by Disqus
Next
It's not about having a backup, but being sure the backup works
Previous
Org-CV an Org export backend for CV